When 1.6M kM Durability in > 9L engines is required

Among emissions-related components, EGR (Exhaust Gas Recirculation) coolers are some of the most complex and historically unreliable subsystems of a modern engine. Senior Flexonics saw customers struggling with these products and moved quickly to adapt existing technologies and expertise to provide a solution. Central to the design of these coolers was the use of thermal compensating tubes utilizing Bend-a-Flex™ tube technology. 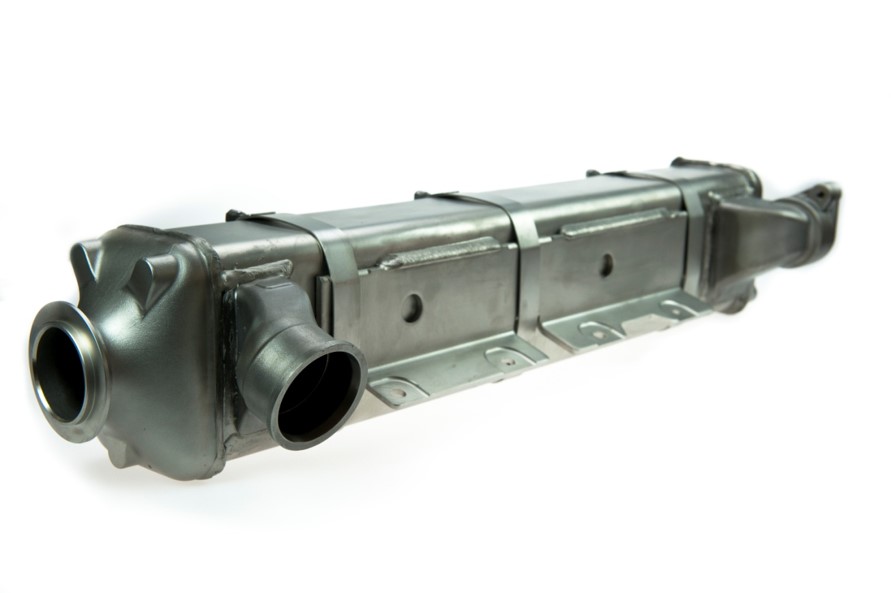 When evaluating EGR cooler durability, it is crucial to understand the different loading mechanisms and their causes within a general loading category – primarily thermal cycling. Thermal loading of EGR coolers falls into two levels that are typically referred to as thermal fatigue (high cycle) and thermal shock (low cycle).

High-cycle thermal fatigue is a more commonly discussed phenomenon, however it is difficult to understand its impact during the design stage due to the complexity of the structure. To assess damage, the loading cycles are counted throughout the normal application of the product and can often be approximated by looking at peak load swings over a given period of time or distance. The more challenging task is understanding exactly how to accommodate these thermal stresses within the component design. Unfortunately, these design lessons are often learned the hard way, with history witnessing product after product with massive warranty liabilities.

Within the design process, the only savior of the designer is the ability to lean upon robust analysis processes. Senior Flexconics’ EGR Coolers understands this well and has invested heavily in an analysis team dedicated solely to EGR cooler development. This team has developed tools based upon lessons learned from a Bend-a-Flex™ field population approaching half a million EGR coolers. The modeling techniques are vetted against results of those existing products, as well as results coming from proven rig testing. The application of these analysis tools is the key component of Senior Flexonics’ EGR Coolers’ competitive advantage in fast and robust product development cycles.

The second thermal loading category is low-cycle thermal shock. This mode is experienced by the EGR cooler in non-normal running situations such as broken water pump belts, cooling line failure or aeration of the cooling system. In these situations, the boundary conditions that the EGR cooler is designed for start to break down, often resulting in runaway metal expansion that the structure cannot accommodate. The problem with non-normal operating conditions is that it is normal for most vehicles to experience these conditions over the course of the engine’s life. Since many cooler designs can fail within seconds of coolant loss, it becomes unacceptable to expect an EGR cooler to require replacement after encountering these conditions.

These situations are where the base architecture of Bend-a-Flex™ sets itself apart from the competition. Developed specifically for the truck’s heavy duty engine, our cooler replaces the OEM insert with our proprietary flexible tube technology. Called Bend-a-Flex™, our proven system is designed to withstand non-standard coolant events that can occur at any time. While stiff-tubed coolers can fail within seconds of coolant loss, Senior Flexonics’ EGR coolers have survived events such as these thousands of times. Both rig and field-testing have shown nearly unlimited resistance to any cooling system issues the engine is capable of generating. One test shut off the water flow to the cooler and allowed it to boil dry under continuous hot gas flow. Coolant flow was then restored and subsequently shut off again, replicating an absolute worst-case field scenario. Competitor after competitors’ coolers failed on this test within a handful of cycles; Senior Flexonics’ EGR coolers were pulled off the test after thousands of cycles without any issue.

Other EGR cooler manufacturers have attempted to replicate these results with macro-compensating features such as floating cores or convoluted outer shells. These strategies, however, are fundamentally flawed because cooling systems do not see issues on a macro scale. Any of the above issues will result in non-uniform expansion of the gas tubes (typically starting with the upper tubes) rendering the macro-compensating feature useless. By utilizing individual flexible tubes, every passage within the tube array has micro-compensating abilities and accommodates thermal expansion independently of the rest of the tube bundle.

This level of thermal shock resistance sets the Bend-a-Flex™ equipped EGR Coolers far apart from the rest of the competition. 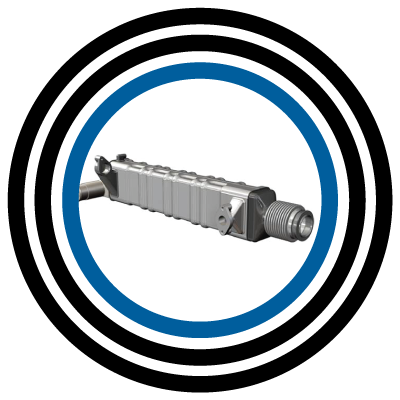 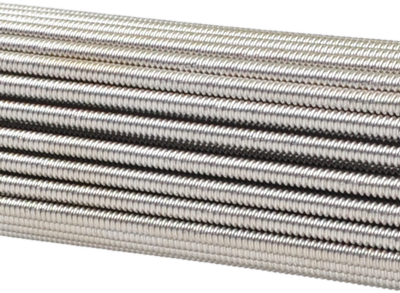 Flexible core designs handle any and all non-standard events. Bend-a-Flex™ flexibility is our greatest strength.